Valtteri Filppula: Everything was aligning for Filppula to score in his 1,000th career game. Defenseman Madison Bowey had the puck on the give-and-go and he gave it back to Filppula, but Lundqvist made the save. The rebound was lying right there, waiting for Filppula to put it into the empty net but instead, he sent it through the crease.

Although that and the loss were disappointing, Filppula did get to celebrate his 1,000th career game in front of his parents, who flew in from Finland, and other family and friends. Wings coach Jeff Blashill started Filppula on his milestone night and Filppula kicked it off by winning the opening face-off.

During the first intermission, the Wings acknowledged the accomplishment and Filppula waved to the cheering fans in appreciation. Filppula, the 345th player in NHL history to reach 1,000 games, finished with 19 shifts for 16:29, had one shot, one giveaway, was 1-for-4 in face-offs and was even. 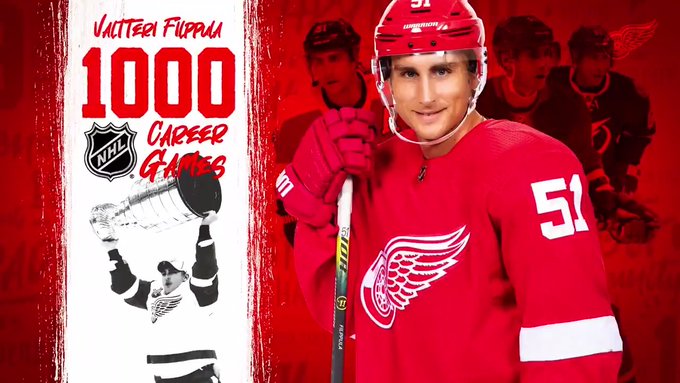 Quotable: “I feel good. Obviously part of the fact I’ve been able to stay healthy and play in the top league for a while, so I’m proud of that part. Hopefully have a little more left in me and get a few more games. It means a lot. I’m happy they were able to come over. Obviously it’s tough to plan. You miss one game and the game moves on. But I’m really happy they were able to fly over.” – Filppula

Quotable II: “It was right there. It’s tough. It’s happened to every player. You’re hoping for one in his 1000th game, which is an amazing accomplishment. Someone that if anyone deserves that to go in, it’s him. Just was the story of the night for us.” – Dylan Larkin

Quotable III: “Every time you see that it’s pretty special. It’s hard to be in this league and it’s even harder to stay in the league and get to 1,000 games. It’s impressive.” – Bernier 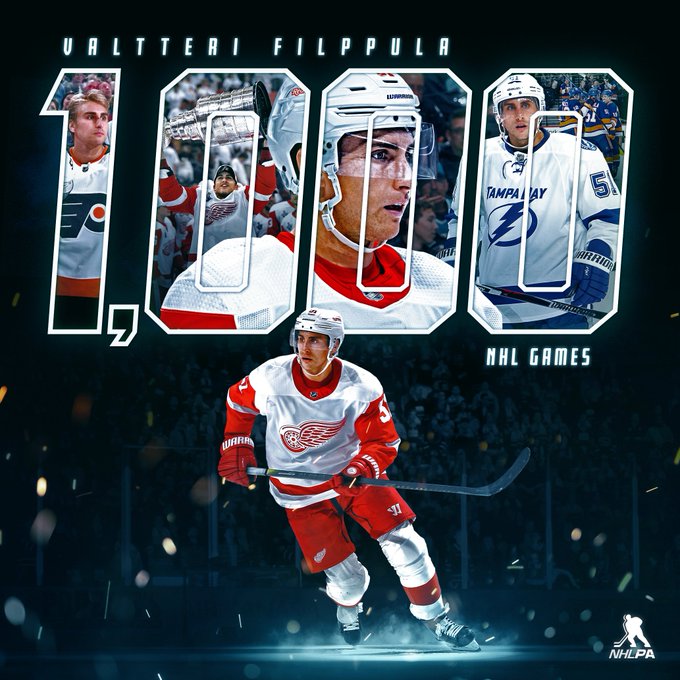